You are here: Home / Archives for franklin tn 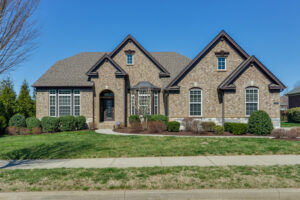 Franklin TN homes for sale – The lock down due to the Wuhan virus scare had a large impact on sale of homes in Franklin TN during the month of May where closings were down by 33% compared to the same month last year. Do not be mislead into thinking it had any impact on the prices of homes, because the average price per square foot of homes sold went up 3% to $210. Pending sales are very strong at this point and it looks like the summer will be very active.

For the most-up-to-date information on Franklin TN homes values, then we urge you to contact us. We can assist you with all aspects of buying or selling homes in Franklin and other neighborhoods in the Nashville Metro area. Also ask to be placed on an instant notification system when any new Franklin real estate comes on the market or price reductions are posted.

Franklin TN is located just 20 miles south of downtown Nashville along I-65 in Williamson county. Blessed with a restored historic square and main street, Franklin has a lot of old world charm as well as attractions for those who enjoy fantastic shopping and dining in the Cool Springs area of Franklin. Fortune 500 businesses have also found that the Williamson county tax structure and a highly educated workforce make Franklin a very desirable location. It helps that Williamson county schools are the top ranked schools in the state, and several of the schools are ranked nationally in many publications. Find Franklin TN homes for sale here.

This posting and the contents written here are the intellectual property and opinions of Larry Brewer of Benchmark Realty. Providing real estate services to clients in Nashville, Brentwood, Franklin, Spring Hill, Green Hills, and the middle Tennessee area

Let us help you get zoned for this wonderful school district! Search for Grassland Elementary School District Homes for Sale here:

Franklin continues to be top request among my clients… So what neighborhoods are hot? Here are my Top 5 Franklin Neighborhoods:

Whether you’re in the market or just like browsing, check out the homes for sale in these beautiful neighborhoods.  You won’t be disappointed!

The Nathan’s Hot Dog Eating Contest has been held at the original location on Coney Island every year since about 1972 in conjunction with Independence Day.[3] According to legend, on July 4, 1916, four immigrants held a hot dog eating contest at Nathan’s Famous stand on Coney Island to settle an argument about who was the most patriotic. A man by the name of Jim Mullen is said to have won, although accounts vary. In 2010, however, promoter Mortimer Matz, admitted to having fabricated this legend with a man named Max Rosey in the early 1970s as part of a publicity stunt.[4] The legend grew over the years, to the point where The New York Times and other publications were known to have repeatedly listed 1916 as the inaugural year, although no evidence of the contest exists prior to 1972.[4] The 1978 annual contest was held on Memorial Day rather than July 4.[5] In 1993, a one-time, one-on-one contest under the Brooklyn Bridge was held between Michael DeVito and Orio Ito.

In the late 1990s and early 2000s, the competition was dominated by Japanese contestants, particularly Takeru Kobayashi, who won six consecutive from 2001-2006. The Japanese competitors introduced advanced eating and training techniques that shattered previous competitive eating world records. The rise in popularity of the event coincided with the surge in popularity of the worldwide competitive eating circuit.

In recent years, a considerable amount of pomp and circumstance surround the days leading up to the event, which has become an annual spectacle of competitive entertainment. The event is presented on an extravagant stage complete with colorful live announcers and an overall party atmosphere. The day before the contest is a public weigh-in with the mayor of New York City. Some competitors don flamboyant costumes while others may promote themselves with eating-related nicknames. On the morning of the event, they have a heralded arrival to Coney Island on the “bus of champions”.

The competition draws many spectators and worldwide press coverage. In 2007, an estimated 50,000 came out to witness the event. In 2004 a three-story-high “Hot Dog Eating Wall of Fame” was erected at the site of the annual contest. The walls lists past winner, and a digital clock which countd down the minutes until the next contest.

Our Thanks to Wikipedia for the Great Article!